This new version includes some enhancements (copy of the Release Note):

The enhancement I was really looking forward is the Quorum Witness:

Beside the Virtual Manager and the Failover Manager (FOM) this is now another possiblity to configure a tiebreaker for a two node cluster.

The advantage of the Quorum Witness over the already existing tiebreaker is, that it does not require access to the iSCSI network (routing iSCSI traffic to a third location might be a problem).

The Quorum Witness only requires a NFS Version 3 fileshare that must be accessible by the two VSA Managers.

The share should have write permissions and a maximum latency of 300ms. 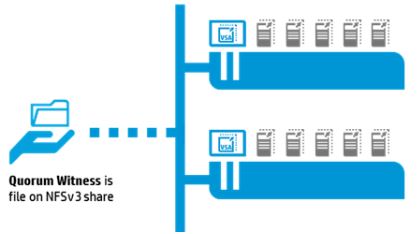