Attention: there seems to be a known issue with this USB kit! Learn more about the issue here: Lost connectivity to HP microSD Enterprise USB Kit

If you install ESXi on a microSD card and if you use HP Proliant Servers you may be interested in the “HP Dual 8GB MicroSD Enterprise Midline USB” (HP P/N: 741281-002).

This dual-microSD card module provides data redundancy through a mirrored RAID 1 configuration. You connect the module to the internal USB port and install ESXi as usual! 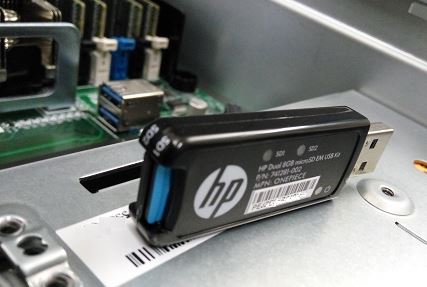 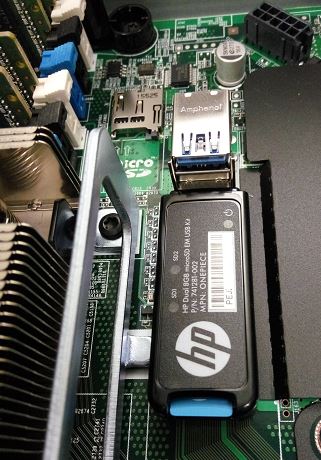 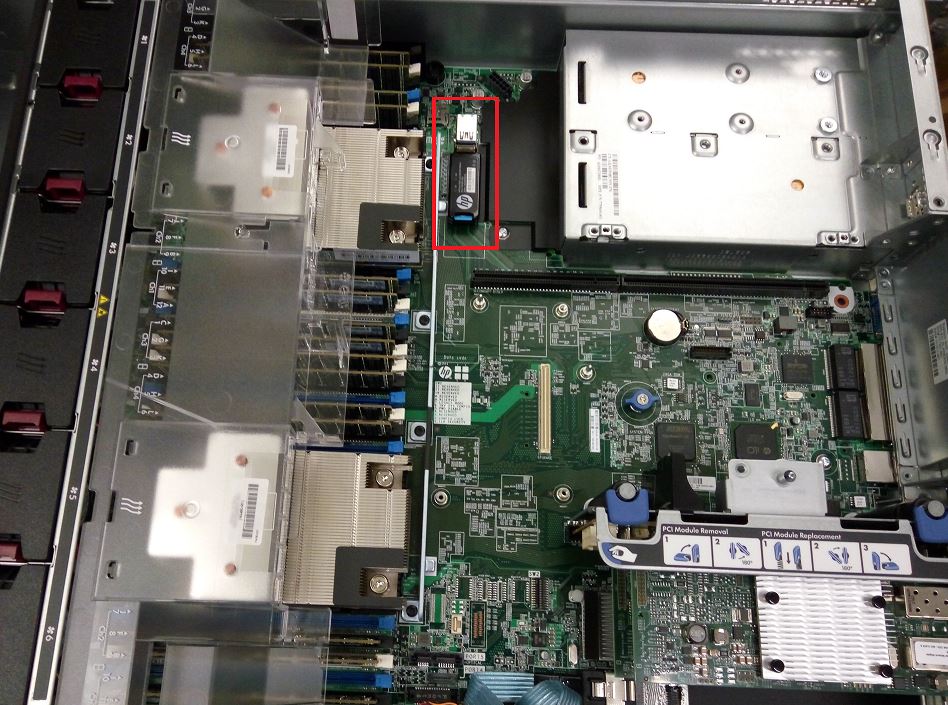 If one of the SD card fails, the configuration of your ESXi host is still available and functional on the second SD card. In this case just replace the module with a new one, install the surviving SD card and configure it as primary.

The module has three status-LEDs:

Green: device is on and at least one microSD card is functioning
Red:     both microSD cards have failed

How to install the module and VMware ESXi?

Installation and configuration of the module is really easy.

When you install VMware ESXi, you can select it as storage device during the install procedure. It shows up as “HP USB RAID LUN”:

How to replace a failed microSD card?

If a microSD card fails you have to order a new module and carry out the following steps: